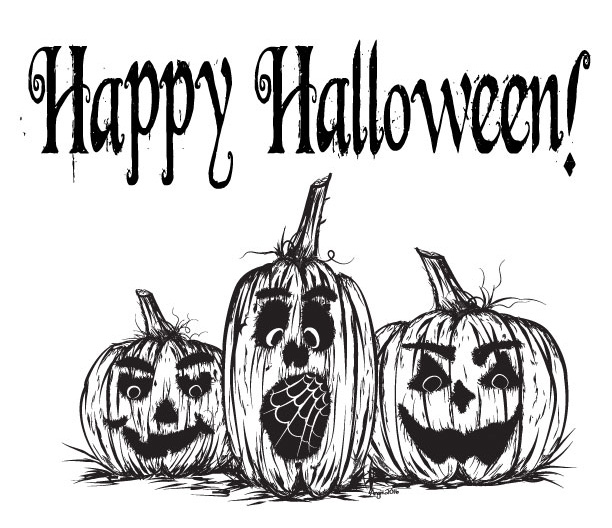 Hey folks, today I thought I’d share my Jack o’lantern drawing I made to celebrate our favorite spooky holiday, Halloween!   Halloween has always been such a fun time to decorate, and who doesn’t love a pumpkin or three?  I have to admit, drawing these guys was more fun than gutting a couple of real ones and a lot less messy.

I haven’t gotten around to coloring one for myself yet, but I know y’all don’t need any help from me to create some colorful masterpieces.  Did you know that original Jack o’lanterns were made from turnips?  That goes way back to 19th century Ireland where they used to call them Jack McLantern.  Proper Irish name for it, huh?  This is what Wikapedia had to say about the folklore of ole Jack (edited):

An old Irish folk tale from the mid-19th Century tells of Stingy Jack, a lazy yet shrewd blacksmith who uses a cross to trap Satan. One story says that Jack tricked Satan into climbing an apple tree, and once he was up there Jack quickly placed crosses around the trunk or carved a cross into the bark, so that Satan couldn’t get down.

Another version of the story says that Jack was getting chased by some villagers from whom he had stolen, when he met Satan, who claimed it was time for him to die. However, the thief stalled his death by tempting Satan with a chance to bedevil the church-going villagers chasing him. Jack told Satan to turn into a coin with which he would pay for the stolen goods; later, when the coin (Satan) disappeared, the Christian villagers would fight over who had stolen it. The Devil agreed to this plan. He turned himself into a silver coin and jumped into Jack’s wallet, only to find himself next to a cross Jack had also picked up in the village. Jack had closed the wallet tight, and the cross stripped the Devil of his powers; and so he was trapped.

In both folktales, Jack only lets Satan go when he agrees never to take his soul. Eventually the thief died. Of course, his life had been too sinful for Jack to go to heaven; however, Satan had promised not to take his soul, and so he was barred from hell as well. Jack now had nowhere to go. He asked how he would see where to go, as he had no light, and Satan mockingly tossed him an ember from the flames of Hades, that would never burn out. Jack carved out one of his turnips, put the ember inside it, and began endlessly wandering the Earth for a resting place. He became known as “Jack of the Lantern”, or jack-o’-lantern.

Do you want to see more printables? Here is my Fall Leaf Mandala.

Last year I made Paper Haunted House Ledge Village. Check them out!

I hope everyone has a safe and happy Halloween. I’d love to see your colored Jack o’lanterns, so send me a copy and I will post them.

Tell me all about it! Cancel reply 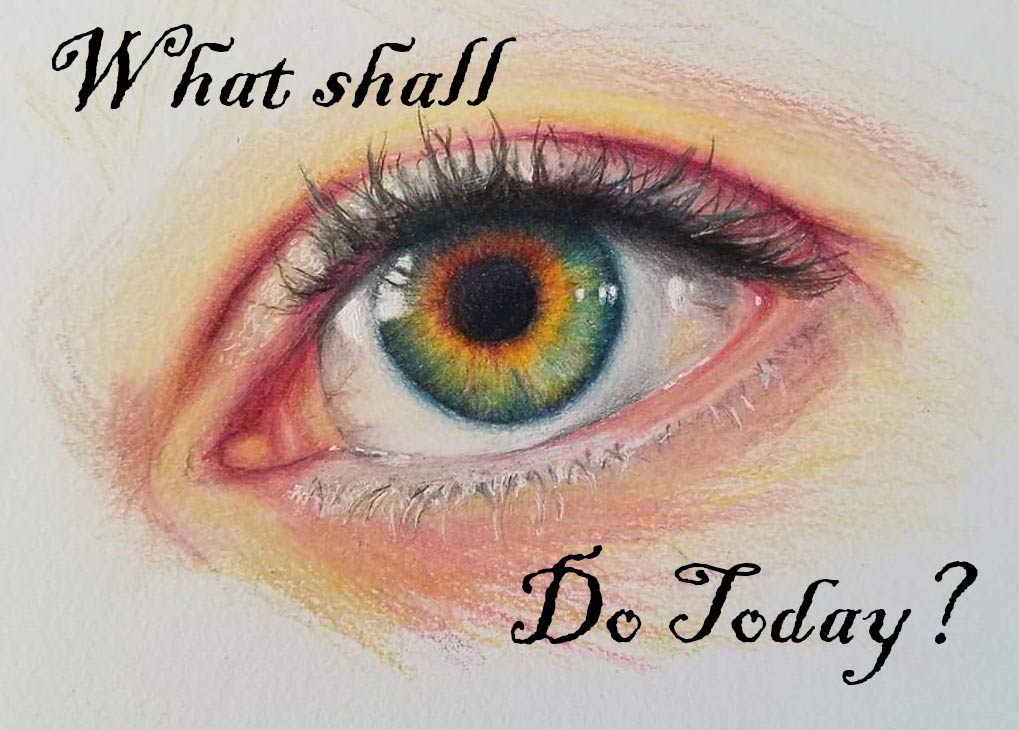 Welcome to my site! I'm so glad you stopped by. I love creating new things and reviving old things. And if it glitters, well... Read More…

Check us out at Sauce Smack for great saucy recipes! 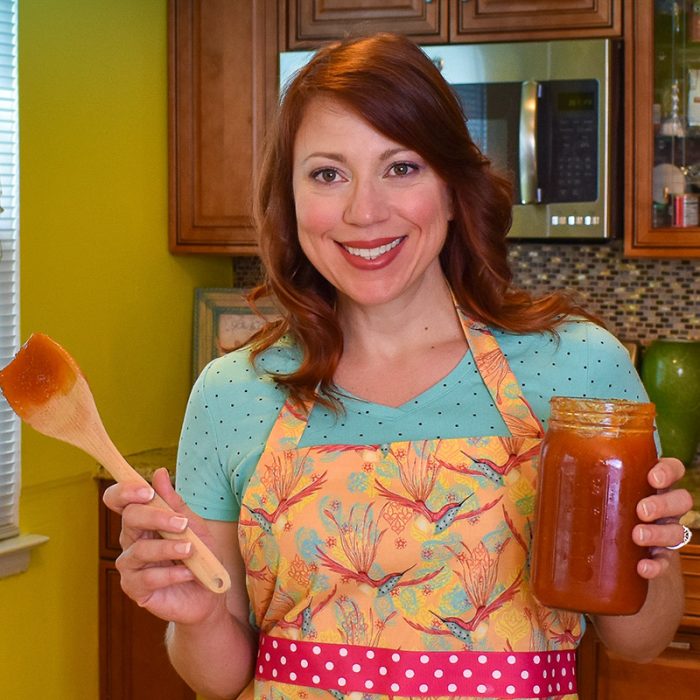 Don’t miss any stuff! sign up for our newsletter See What Our Friends are Up To 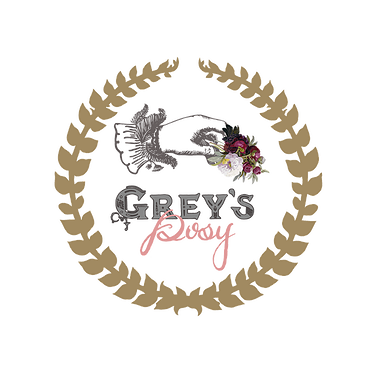 My life has always revolved around crafting and sharing. If you would like to share your thought with me, I would love to hear from you! Check out the icons below to email me or share the posts on this site with others. Thanks! Angie

Don’t miss any stuff! Sign up for our newsletter